The Atlanta Braves A-List members, a.k.a. season ticket holders, we were given a chance to explore and enjoy all that the new SunTrust Park has to offer at their ‘SunTrust Park Open House’.  The ballpark is beautifully built, thought out, and elegantly designed.  And to think this all started from a field of dirt just 3 years ago.  The Braves staff have been working around the clock to have this incredible ballpark ready for us for the Open House but more importantly, by our Home Opener…April 14th!  Let me tell you, it will not disappoint!

During our time at SunTrust Park, we were given a chance to find our seats, test out the new concessions, and watch the first game ever to be shown on the big screen which was a Braves Spring Training game being played in Orlando.

The new kids area, Hope and Will’s Sandlot, was up and running and complimentary for the day.  It has a new Pop Flier Zip Line and Climbing Tower as well as other fun games…some I used to play as a kid.

Words cannot describe my level of excitement for this new ballpark and the start of a new season.  MLB owners are referring to our new ballpark as “revolutionary” and I totally agree!

Please stay tuned to more posts about our new amazing ballpark…So much more to come! 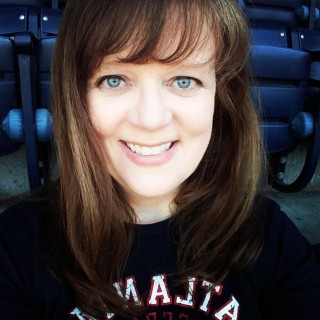